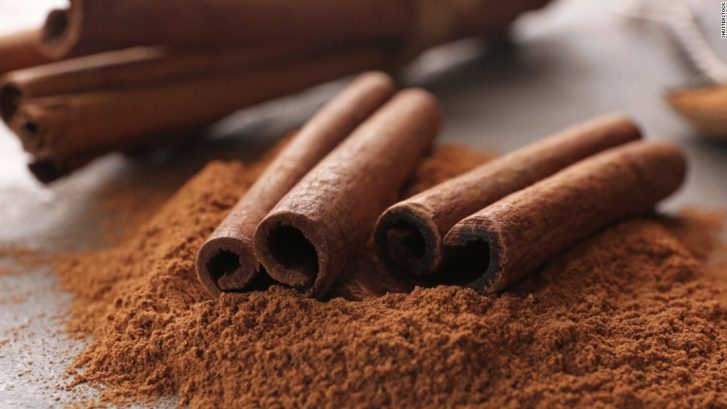 Thanksgiving may be behind us. But the holiday spirit (and fragrance) is still in the air. Walking into your favorite coffee house or bakery and taking a breath, you’d probably be right to believe that everything has been pumpkin-spiced.

But did you know that the key ingredient of this popular spice is also an important part of Chinese herbal medicine? This month, I’m shining the herbal spotlight on cinnamon and will show you how there is so much more to this versatile spice than just being the secret kick to your holiday muffins, stews and hot drinks.

Research tells us that Western medical practitioners are increasingly recommending this versatile spice to treat hyperglycemia and diabetes. In Traditional Chinese Medicine, cinnamon has been long known for its capacity to treat and prevent a much wider range of ailments.

Medicinally, cinnamon mainly refers to the dried bark of Cinnamomom Cassia – native to China. It is usually peeled in autumn and placed in the shade to dry. When the inner bark is dried, it will typically curl into a roll and look like a stick, which is how it earns its name as Cinnamon Stick – also known as Rou Gui in pinyin.

Cinnamon sticks, with their extremely pungent aroma, are often ground into powder and when added to stews or soups can help invigorate the stomach, warm the lower back, relieve abdominal pains, and reduce stomach bloating.

Cinnamon can be administered in a few different ways. Often it is decocted or steeped alongside other herbs and spices as a medicinal drink. Other times, it is powdered and taken as part of a Chinese herbal formula.

In Western medicine, cinnamon is also used to fight off bacteria especially in the teeth. It is also a great antioxidant that can lower cholesterol.

Cinnamon also has the ability to penetrate the heart, lung, and bladder meridians. Thus cinnamon sticks have the ability to remove painful obstructions in the body and can “lift” or unblock the Yang Qi.

It’s important to point out that long-term use (overdose) of cinnamon sticks may cause acute poisoning with symptoms including dizziness, blurred vision, swollen eyes, chest tightness, flushed face, skin rash, a tingling tongue, or mouth lesions. It should be discontinued immediately if any of these symptoms occur.

Cinnamon stick is extremely hot and TCM practitioners strongly advise against using it during pregnancy or menstruation, as well as in cases of hyperactivity of fire due to yin deficiency.

Here are some simple cinnamon stick recipes for you to try:

Directions: Grind it into powder and take it with warm water, twice a day. Or add the powder to cooked dishes.

Benefits: the former practice can treat bloating and stomach pain; and the latter can lower blood sugar and cholesterol.

Directions: Grind the two herbs into fine powder and put powder onto a plaster

Benefits: Stick the paster to a child’s navel and it can ease diarrhea in children.

Directions: Put the first two ingredients into 1 glass of water.

Benefits: Drink it 30 minutes before breakfast and bedtime daily. By doing so it could help prevent the fat accumulation in your body even though you are eating high-calorie foods.