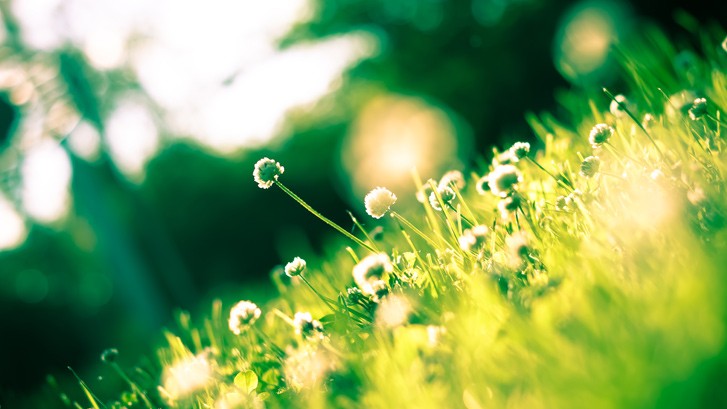 Have you been feeling lots of emotions lately even though you’ve been taking pretty good care of yourself? Well, just know that many of us have been feeling lots around the upcoming Spring Equinox which takes place tomorrow, Wednesday, March 20th.

In the weeks leading up to the Spring Equinox, people often begin to feel either more irritable or sad and moody. This is because according to Traditional Chinese Medicine, the change of the seasons are quite significant and they change how we feel and also how we take care of ourselves. Winter was a time of going deep within, of hibernation, rest and reflection. Spring on the other hand is a time of new beginnings, of coming out of our comfort zones – it is a time of change, and change can sometimes make us feel uncomfortable emotionally as well as physically.

As days become longer, nights become shorter and the nature around us begins to sprout, so our bodies and minds begin a gradual shift towards more wakefulness and more activity which in TCM is the energy of Yang. Whenever the body experiences changes such as the change in season, often the first reaction is unconscious and our nervous systems react similar to an animal who begins to notice their environment changing. The nervous system contracts and we feel uncomfortable. With awareness we realize that we can relax into the changes, take deeper breaths, adjust our diets, sleeping patterns and activities.

Many of you are familiar with the Yin and Yang organizing principle of Traditional Chinese Medicine. Spring is associated with the rise of yang, meaning we are entering a “budding” phase, meaning we are shedding our winter layers and feel a renewed sense of getting out into the world, making connections and finding new ways of expression.

Another organizing principle in TCM are the Five Elements or the The Five Phases. These are used to describe the annual cycle in terms of biological growth and development. The five element are Fire, Wood, Earth, Metal, and Water. Throughout Chinese medical history, these five categories have been used to organize many more perceptions, from colors, sounds, odors, and taste sensations to emotions, animals, dynasties, the planets, and eventually all of which of which this universe is made up of.

The element that corresponds to the Spring season is Wood. Wood is related to the active functions that are in a growing phase such as buds sprouting in the Spring. The same applies to people who are coming out of hibernation and springing into action. Spring is a great time to cleanse oneself and release oneself of physical and emotional clutter that can accumulate during the Winter months, hence spring cleaning and on a more physical level Spring cleansing.

Wood according to Traditional Chinese Medicine is represented by the direction of the East, the color blue-green, the energy of wind and thus the propensity toward anger and irritability. Wind in TCM refers not only to external wind, but also “wind in the channels” causing internal unrest, sometimes felt as anxiety. Acupuncture can balance this inner state of unrest through balancing the channels and therefore calming the nervous system.

To make it one would need the following ingredients:

Directions:
(1) When quinoa has finished cooking, remove from heat and cool in a bowl.
(2) Place the cooked and cooled quinoa, green onions, olive oil, garlic and lemon juice together in a large bowl (stir until combined).
(3) Season with mint, salt and lemon-pepper (mix well).
(4) Top the salad with the chopped almonds.
(5) Serve at room temperature.